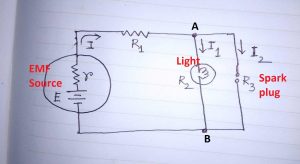 Here, R1 could mean any circuit element. It is such an element or a combination of such elements which are in series with the light while the engine is off. When the engine starts, the light and the spark plug combine to make a parallel circuit. At that instant R1 is in series with the parallel circuit. Bear in mind that spark plug is activated only for a tiny moment. It get deactivated right after the produced spark has started the engine. So while the engine is working, there is no existence of R3 in the circuit. If R1 does not indicate any circuit element(s) in particular, it would at least mean the resistance of the connecting wire.

The electromotive force (E) generated by the electric source is not fully available across the terminals of the light (with resistance R2). An amount of generated voltage is dropped in the resistances r and R1. How much voltage will be dropped depends on the main current flow (I) of the circuit. When the spark plug is activated, the value of I drastically increases from zero due to I2 being non-zero and of great value. So according to Ohm’s law (V = IR = I(R1 + r)), huge amount of voltage is dropped. As a result, the terminal potential across the light becomes minimal. That’s why at that instant, the electric power (P = V2/R) of the light becomes very low and the light itself gets very dim.

When the engine has started, the spark plug is shut down. Then the value of voltage drop becomes like that previously. The terminal potential difference of the light becomes normal and it starts to glow bright just as previously. 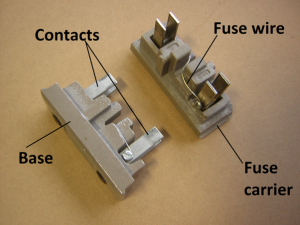 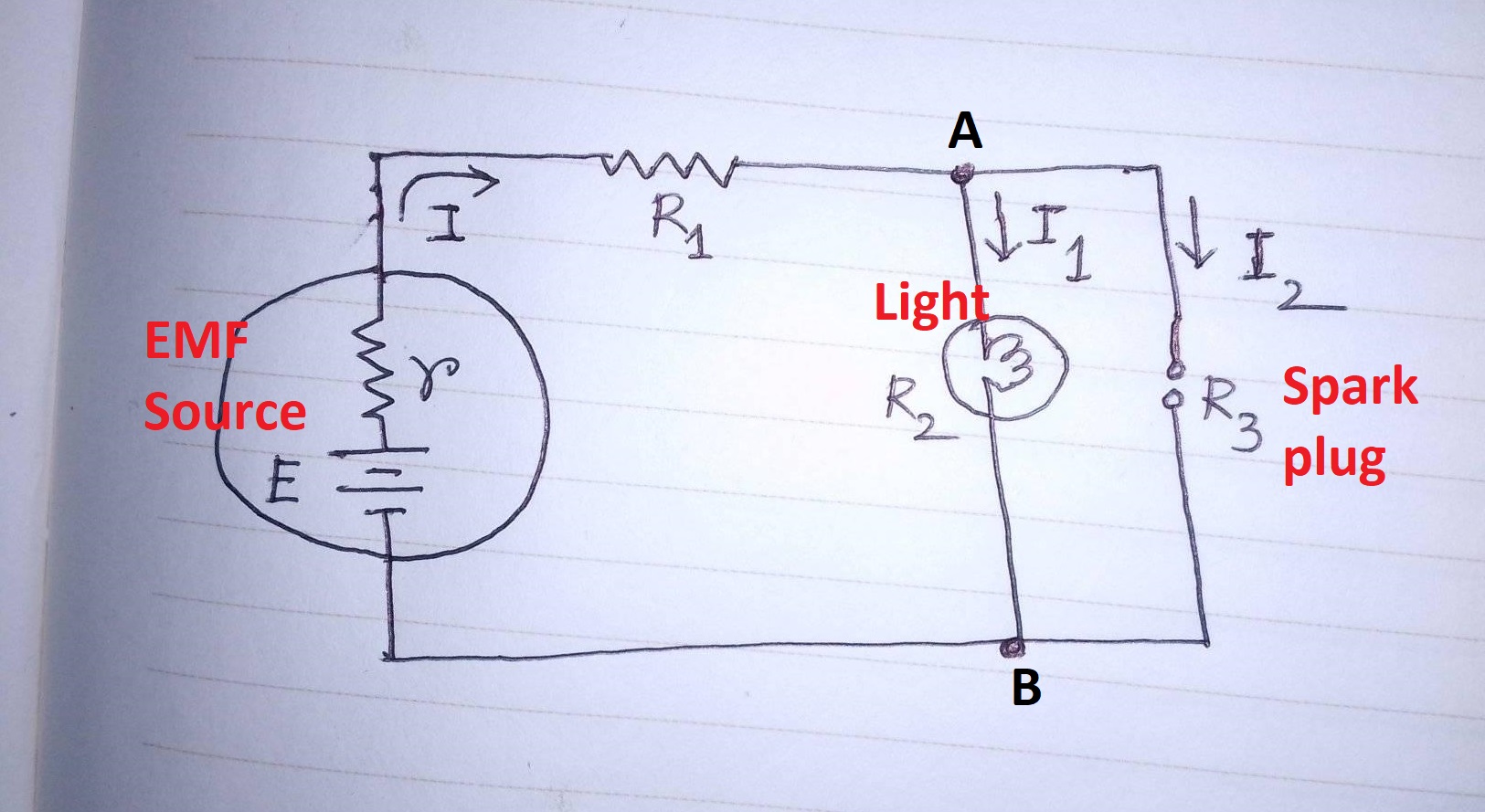 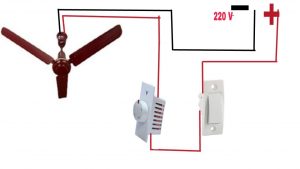