While no external force is applied on a body or the resultant of the applied forces is zero, Newton’s 1st law of motion applies for it. Imagine a place in space where gravitational effect is very negligible (ideally zero), because all the planets, asteroids, stars and other celestial bodies are so far away from here. Now think of a comet in a place like this. It will run at a steady velocity owing to the fact that no external force is applied on it. Fixed or steady velocity means steady speed in a particular direction. So in this case Newton’s first law of motion applies.

Now think of a still toy kept on the floor. Although a number of forces are applying on it (weight of the toy and NORMAL reaction force on it from the floor), the forces cancel each other and hence their resultant is zero. So Newton’s first law of motion applies for this toy too.

Idea of Force and Inertia: from Newton’s 1st law of motion

The idea of force and inertia are obtained from Newton’s 1st law of motion. The abstract noun, absence of which causes a body to remain still or moving in fixed velocity, is called Force. A force can cause a stationery object to move, or cause a moving object to change its velocity. Apart from these, a force when applied on an object can change the shape, the size and/or the volume of the object. Change in velocity means change in the velocity’s magnitude, or its direction or both.

In addition to force, the idea of Inertia is also obtained from Newton’s 1st law of motion. Inertia is the property of a body because of which it shows reluctance when attempts are taken to change the stationery condition or the velocity of the body. The more is the inertia of a body, the greater reluctance it shows when attempts are made to change the state of motion of the body.

You can read the following article as well from Mechanics:

Centrifugal force: The myths and the reality

To contact the author of this article you can knock him on his Facebook profile or simply send him an sms first to his mobile number +8801534779128. 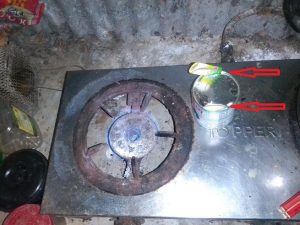