When an object is placed in front of a mirror or a lens, an image may be formed (when object is placed at the focal point of convex lens or concave mirror no image is formed). Now whether the image will be real or virtual and its position depend upon distance of the object, type of the lens or mirror and also their geometric construct. Yet it is required to establish a sign convention in order to find a relation between object distance, image distance and focal distance. There are a few sign conventions in Optcis, such as: Cartesian convention, real positive convention etc. Here we will discuss the real positive convention. Acoording to this one:

(i) Every distance has to be measured from the pole of reflecting or refracting plane or the optical center of the lens.

(iii) All virtual distances are negative. Here ‘virtual’ means the distance ray of light hasn’t actually traveled, but it seems to have traveled.

According to the above mentioned convention, following conclusions can be drawn:

(i) In case of the image formed by converging of rays of light after reflection or refraction, AKA real image, the concerned distance is positive. For similar reasons, distance of virtual image is negative. Because in order to form this, rays of light didn’t converge after reflection or refraction, they diverged. So frankly, no image is formed in this case, but the way reflected or refracted rays enter our eyes, we perceive to see an image that looks fully or partially like the object. That’s why virtual image can’t be focused on a screen, real image can.

If the ‘object’ for lens B lies within its focal length, it is going to form a virtual image which lies in the same side of the lens as the object, a case which should not happen, since light rays pass through the lens during refraction. So an image thus formed is to be called virtual or ‘unreal’.

Now consider reflection in mirrors. Since rays of light can’t pass through a mirror, rays of light are the front side of a mirror both before and after a reflection. In case of concave mirror, image may be formed in the front side, if the object is outside of focal point (u > f). In such a case the image is real and its distance (v) is positive. But image can also be formed in the back side of any type of mirror, where rays of light don’t go after the reflection. Such an image is virtual and its distance is considered negative. 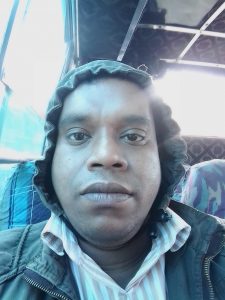 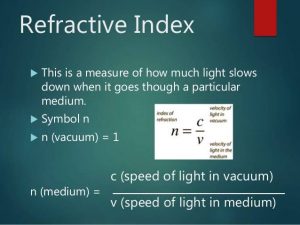 Relation between refractive index and speed of light