A couple of bulbs connected in series, if one of them is fused, none of them will glow anymore. And you can not say for sure which one is fused, unless you manually check each and every of them. Series connection hazardous real life. These are the hindrances and drawbacks of series connection.

Then again, there are some advantages too, like: you can switch on or off all the lights or electrical appliances in series just with a single switch. Series connection is not effective, when there is a significant voltage drop in each appliance. For example, if the bulbs used in street-lighting are such in structure that each causes a small drop in potential, then there will be gradual drop in effective potential difference for the rest of the bulbs and thus they will glow dimmer. So when planning to put a few appliances in series, you have to keep these factors in mind. Series connection hazardous real life

A real-life example of series connection

Now I am going to give an example of series connection-type scenario in real life. You know about youtubing. The job of uploading videos to one’s youtube channel and monetizing those and thus earning money is called youtubing. In order to do successful youtubing, you must not (i) steal someone else’s video (ii) get community strikes (iii) use misleading metadata (iv) post bad comments in someone else’s videos that can be marked as spam and many other factors. If any of these goes against the rules, Google might simple terminate your channel without showing any reason.

This is why, a Youtube user, when has his account suspended, often claims that they did nothing wrong. Actually the thing is that they just don’t realize what they did wrong. It’s like that ineffective series connection where at least one appliance is out of order and you don’t know which one it is. Series connection hazardous real life 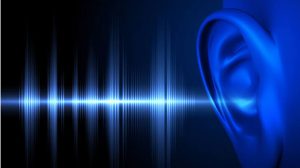